The Darknet Protects Itself by Being More Robust Against Attacks 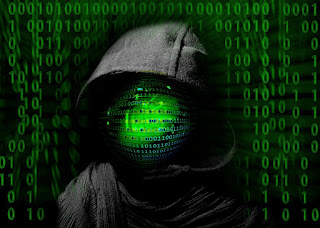 How the Darknet protects itself by being more robust against attacks is just one of the many recent issues Cadamier Network Security in Denver is staying up-to-date on. As part of our own efforts to safeguard our clients from threats, we wanted to pass along the latest news.

If you don’t know, the Darknet is a secret network which is often used for illegal purposes to stay hidden from the legal authorities. For example, drug trafficking communications and child pornography exchanges, or exchanging protected intellectual property free of charge often take place on the Darknet. The contents of the Darknet are not accessible through search engines. Basically, it is a part of the internet where both web surfers and website publishers are anonymous.

According to a Science Daily article, recent research by the Universitat Rovira i Virgili (URV) explains how the Darknet can counter large attacks on its own by spontaneously adding more network capacity. Researchers studied why cyber attacks are usually not successful against the Darknet, which guarantees the users' privacy and anonymity and thereby assures more secrecy for illegal activities on the internet. The Darknet’s enhanced privacy allows illegal operations to be conducted without anyone knowing and can defend against cyber attacks under most circumstances.

There are cyber attacks conducted by law enforcement agencies and others against the Darknet but they are usually not very successful. The URV researchers Manlio De Domenico and Alex Arenas from their Department of Computer Engineering and Mathematics have worked to figure out why the Darknet is so difficult to infiltrate.

In their recently published article in Physical Review E, the researchers discussed how the Darknet is almost impenetrable because of its unique topology. They examined the differences between the Darknet and the rest of the internet.

They used data published by the Internet Research Lab of the University of California in Los Angeles and network analysis to quantify the strength and resilience of the Darknet. They talked about the Darknet’s topology and came up with a model that demonstrated how information is transmitted using the onion router, a technique that encrypts messages in multiple layers.

The Science Daily article describes how this information allows the researchers to explain the ways the Darknet would respond to three types of attack:

The study's results show that in order to really affect significant disruption, an attack on the Darknet's various nodes needs to be four times stronger than an attack against the internet's nodes.

In addition, they found the Darknet was able to very easily counter the waves their attacks through its different nodes by just adding more network capacity. They believe the Darknet’s resilience is attributed to a more decentralized topology that emerges spontaneously from the Darknet's onion router protocol. Whereas, the internet's structure is more heterogeneous.

Our computer experts at Cadamier Network Security in Denver specialize in the security of networks and computer information systems. We are on the forefront of network security issues including how the Darknet protects itself by being more robust against attacks. Everything we learn gives us the leading edge to help you. To learn more about our security services, contact us today.
Posted by Unknown at 7:41 AM